A downloadable game for Windows

On a camping night with your friend Diane, you’re celebrating the end of high school by roasting marshmallows, playing the guitar, and discussing your past and future. But the anxiety induced by your incoming adult life materializes in the nocturnal woods. Strange sounds are disturbing your conversation, and you’ll have to identify them before you can calm down and have a peaceful night.

Rustle is an ambient, seated VR game with binaural sound, full voice acting (in French), and a cel-shading visual style. It is a ten minutes interactive experience, partly scripted, partly sandbox, with two different endings. You will find yourself surrounded by large conifers, sitting in your sleeping bag, and listening to your friend Diane's stories. A few objects are at hand to interact with your environment and its mysteries: a flashlight, a radio, a guitar, some sticks, and a bag of marshmallows!

Apart from the menu access and calibration feature, you will only need the trigger buttons to play the game. The menu allows for a complete configuration of the experience.

Rustle was crafted in three months as a student project by:

After being presented in Europe's biggest VR exhibition Laval Virtual, the game was selected to be presented at IVRC's LEAP stage, an event challenging state-of-the-art VR projects in Tokyo.

Following this selection, we worked on a Japanese dubbed version for Rustle with a talented team:

In the main menu (after lighting up the bush with the flashlight):

Once downloaded, unzip the directory and execute Rustle.exe with your VR headset ready.

Note: You can change the language in the settings (French, English and Japanese are available)

Note 2: If you experience troubles with calibration (you feel like you are too far from the campfire), and the calibration button does not help, you may consider recalibrating your VR Headset. For Oculus headsets, press the Oculus button and click "Reset View".

The opening scene was very pleasant!

I was playing on HP Reverb G2 and unfortunately the controls did not work so I could not continue. (I could not grab the flashlight).

If you would like to try and get controls working for G2, I'd be happy to test any builds you send my way and let you know if they're working for me.

We recently uploaded a new version of the game which fixed controllers problems for a variety of headsets.

We did not test it on HP Reverb G2 so we would be happy to know if it works for you now, and of course, you can let us know how you enjoyed the game!

Hi! Unfortunately it still did not work. I've heard from many developers how much of a pain it is to set Reverb G2 controls. It is baffling to me that this is such an issue created by HP on the backend. Anyways, feel free to let me know of another update if you want me to test it, I'd be happy to, keep me posted :)

I did try making my own SteamVR binding by the way, but didn't have any luck with that either.

Funny and sweet, liked it a lot ! Congrats

Reply
The Nervous Beehive1 year ago(+3)

Great work. I enjoyed this. It would have been nice to have more time to play with the guitar and other items as it seemed rude to do so when Diane was trying to tell her story.

We're happy you liked it, thanks for your review !

I hope someone volunteers to make English subtitles; I'd like to give this experience a go.

Hi, English subtitles are available! You can select "English" in the settings menu ("Paramètres" in French)

This game is so good! 😊
It's really fun to cook your marshmallows and play guitar while Diane is telling you stories!
And I didn't had any motion sickness even if I am usually sensible to that! 😲

Congratulations on your hard work!!!

Thanks a lot for these kind comments, Clara! We're glad you enjoyed the game!! 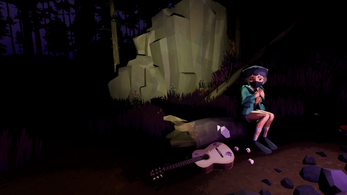 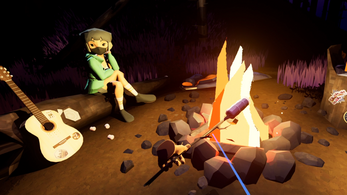 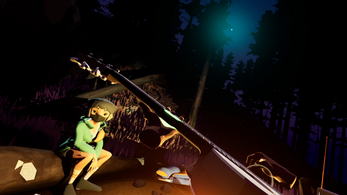 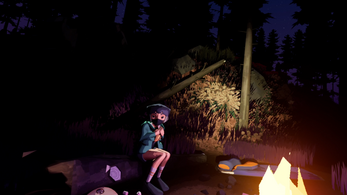 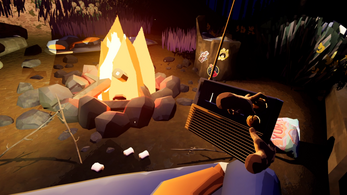 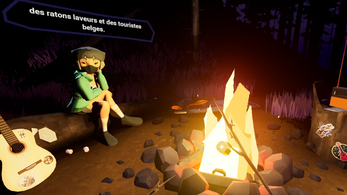 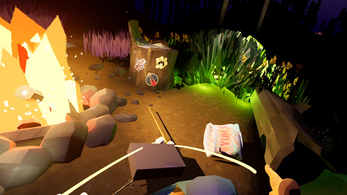